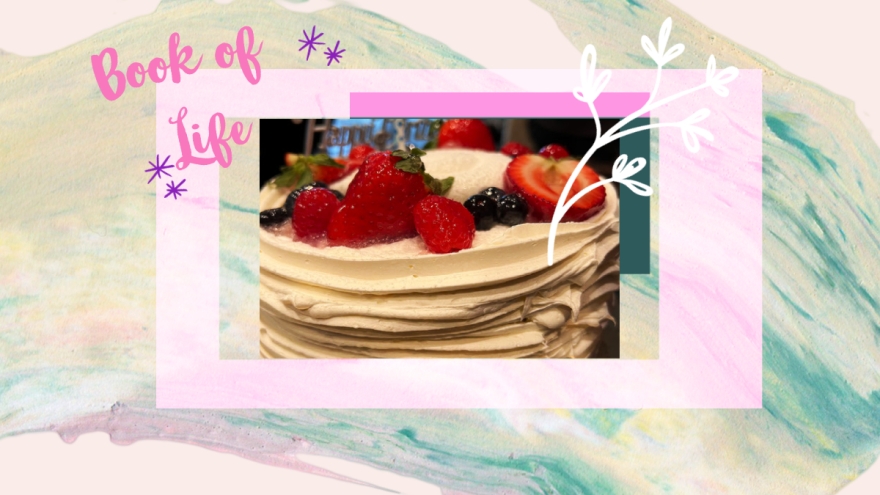 A quick lesson on Life. Most of us get 4 chapters. So it helps to know how the book of Life unfolds.

If true, I’ll go further to say some of us may receive malicious coding while others receive benevolent programming.

A few of us are even fortunate enough to write our own code. I’ve often wondered how that displays. But I know. Those self-programmers are the same humans who create desire lines and do not walk the same worn-out path as the rest of us.

But for those of us who are followers, all is not lost. — I’m here to testify the herd thins after a certain age — and I don’t mean die out.

But the rest of us have scattered for lack of direction.

Although initially scary, I realized that no programming is good fortune in disguise.

But more on that later — for now, here’s Life’s cheat sheet.

Chapter 4. 75–100 years old — As the mainframe begins to shut down, the host’s true nature reveals itself. The “You” you’ve been hiding from reappears. (Your earliest memory revealed a sneak peek of “You.” Social engineering sent them into hiding.)

As I was approaching the end of Chapter two — I realized I wasn’t prepared. I wasn’t prepared for what was to come in Chapter three. Of course, we might think, “What is there to prepare for?” To which I say; plenty! Many of us are living longer while keeping aches and pains to a minimum. Yet, there isn’t a programming guide for what happens after 50. — Heck, what’s expected after 40 is even a bit of a crapshoot.

Don’t believe me? Check this:

Recently, on Twitter, I read someone’s critique of the album “Renaissance,” and the critic asked,

“Why is a 40-year-old woman singing about being a “Thot?”

And even though the term “THoT” irks my nerves, my second thought was, “How do you question a Goddess?”

Aside: Goddess is my term for women over 40.

Followed by, “wait, there’s an age limit on being “that h* over there?”

Then I noticed this programming “rule” also tells what’s permissible and expected for those aged 21–31. Note: It is off limits for 40+something.

So, finding our place in society, from 41–51 years and beyond, becomes increasingly difficult because it is defined by all the things we middle-aged folks shouldn’t do.

And Planned Obsolescence is the name for this type of “programming.” If you can program something to perform – surely you can program it to become obsolete. And since the powers-that-be spent so much time programming us for the first two chapters of our lives. Surely, they will program us to believe we have outlived our usefulness during the last two. And sadly, some believe we’re ready to crawl atop a trash heap.

But not so fast! Our consciousness and brain operate like A.I. neural networks. And just like A.I. can write new code, we can reprogram ourselves for new use by simply analyzing and processing all the data we’ve taken over the years. And we all know the technical name for processing data is information. Usable information becomes knowledge, and the use of knowledge is – Wisdom!

So without further ado, here’s what to do at the close of chapter two – allow your knowledge to be actionable. Don’t wait for someone to tell you how to use what you know.

“These two words help me start chapter three with a whimper but allow me to thrive as I navigate this new phase.

Because there’s still time to create your version of the “good, good life!”

Feel free to share the highlights of your Book of Life in the comments. Thank you for reading.