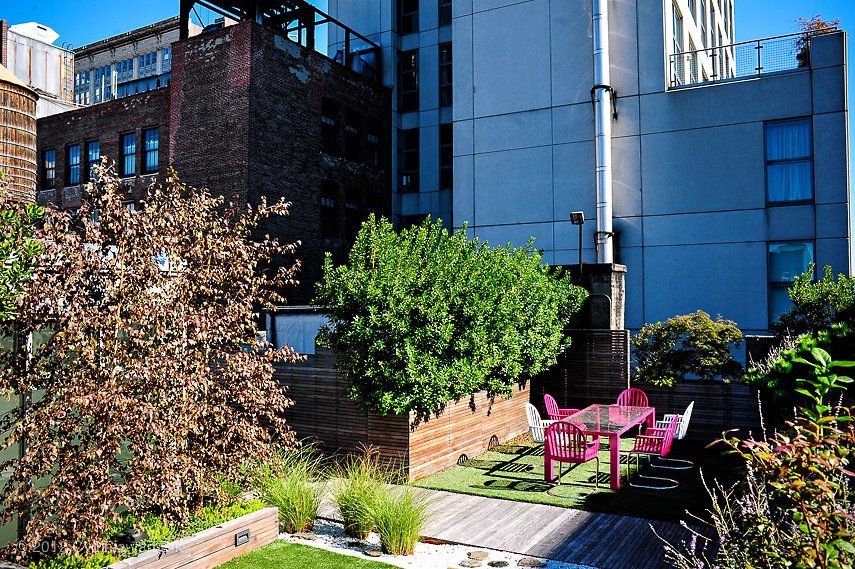 In the heart of silicon alley – SHoP Architects, creators of the Barclays Center, gutted and rebuilt the loft with lots of shiny surfaces. The kitchen was a collaboration between SHoP and Jaqueline Touby.

Former freelance writer and mediabistro.com founder Laurel Touby needed a way to connect with magazine editors. She built a bridge that she and others would cross to reach them.  It made her millionaire and helped writers land assignments.

From the New York Times:

“Ms. [Laurel] Touby has been accruing snarky (as well as grudgingly admiring) ink since she started a monthly series of networking parties for writers and editors at an East Village bar in the early 1990s.

The self-described “desperate freelancer” used to cold-call magazine editors, who were baffled by her intentions. “Who are you?” they would ask. “Who do you represent?” Then she would strong-arm them into attending her events, which she presided over wearing a brightly colored feather boa and two-tone glasses.