I’d been stuck for a while, so I went deeper in myself to find the answer.

Then on the last day of the 2016 Gregorian calendar, I had an epiphany.

It arrived with nirvana as its companion.   It was short-lived.

Freedom happens in the moments.

In 2013, I left my door open. I didn’t mean to leave it open.  I thought it was firmly shut to outsiders.  In fact, up until that time, I’d spent 5 years living among strangers who decided to live the transient, closed-door lifestyle too.

When you open your door, others feel the warmth – they want to be near you. You know that saying, “She wears her heart on her sleeve” that saying is close to the truth.  When you’re open, outsiders, like scofflaws want to steal a ride on your beat.  Their own broken hearts can’t find the rhythm, so they follow yours.

It would be alright if they wanted to dance, but they don’t know-how.

They invite you into their lives to share their stories.  You listen to their hurt, but they don’t hear themselves opening their wounds to you; instead of their heart.

They don’t see they’ve survived a near-fatal moment that’s now behind them.  They rather keep the pain like a badge of honor instead of depositing into the annals of the human condition.

“What doesn’t destroy you makes you stronger” (Nietzsche’s maxim -Twilight of the Idols) is what they believe. If they read the entire aphorism they would know it was is taken entirely out of context.

Anyone who continually relives their own personal horror story surely will not be emboldened by it.   It’s just the opposite.  Reliving a challenging time is like going into a theatre watching a film, and when the lights turn up, you sit there.  Once the lights dim, you watch the movie again.  You know the outcome.  You see what happens. Sure, you may watch again because you think you have missed a few parts, but the ending never changes.   It never changes.   So, what does one gain reliving those moments?

A near-fatal experience doesn’t deserve a medal, nor should it be pinned to your chest in place of your broken heart.

But they do not hear and continue to share what is now the soundtrack of their life – a cacophony of a shattering heart that served as force field keeping all others at a distance.

And I was becoming one of those people.

About 13 days before the years’ end, I dreamt of the other half in my star-crossed love affair.   We walked down Court Street in the County of Kings with our arms forming a sideways cross on each other’s back.   Men were yelling at us from Columbia University’s dormitory.  (Trivia: I learned Columbia was initially King’s College by royal charter of King George II of England)

Ignoring all the distractions, we continued to walk down the road. I turned to him and said, “I love ya, kid,” and we continued our walk in the sunshine.

For almost two weeks, that dream haunted me.  I searched to find meaning.  Then on New Year’s Eve,  I was unstuck. 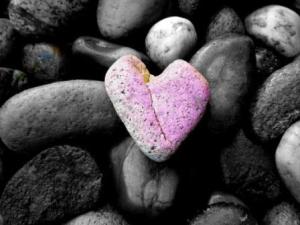 If we survive it, internalize what it is left;